It is an idling sound unique to Harley Davidson.

It is an idling sound unique to Harley Davidson.

In Japan, it is called “three beats”.
In the US, the home of Harley,
people hear it  “potato, potato, potato” ,
and commonly call it 『potato sound』.

Japanese is freak about making potato sound
because of its cool and nostalgic style.

It sounds just real Harley Davidson
and feels like as if you were Peter Fonda.

Whoever hear this sound
should be reminded of the motorcycle of “Harley-Davidson” .

After 2007, Harley has adopted ECM (Electric Control Module)
that is electronic control system in all models.

In the past, you could enjoy the Harley sound
with the originally equipped Harley.

“Is that impossible with the current Harley, then?”

No, there is a way to reproduce the sound of a good old days even now.
I am going to introduce you
how to reproduce old Harley ‘s sound with a current Harley. 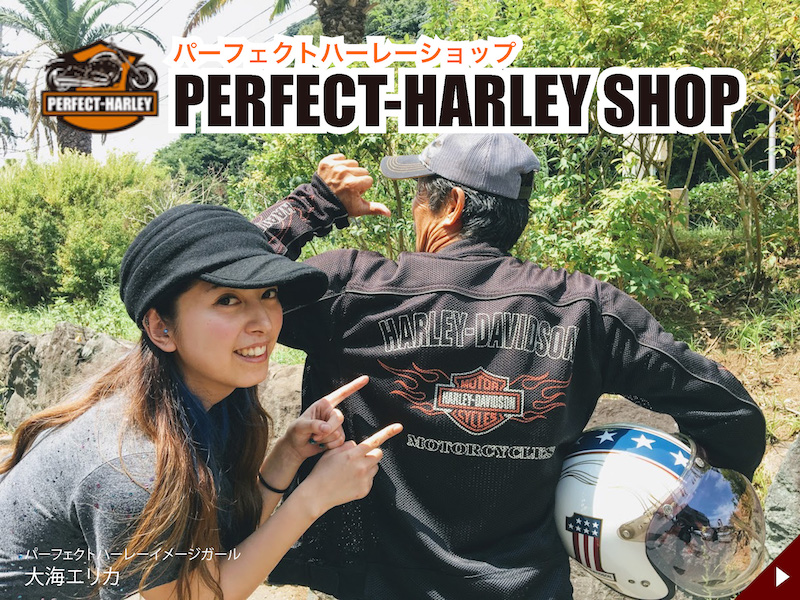 1. What is a very typical idling speed of Harley?

In the first place,
what rpm should your bike idle at for the relaxing sound?.

Since so-called Harley-ness appears at less than 900 rpm,
it needs to be set to lower rpm than the normal one.

In the era before ECM (Electric Control Module) was adopted,
it was possible to adjust idle speed while turning the screw on the side of the engine.

To the limit, it was controlled with the fingertips.
You felt the beats pushing up slowly from the bottom
and the vibration they transmitted.

The idling sound provided by your beloved bike
in the best comfortable beats.

There is the distinctive mood that gets you addicted to.

However, now that electronically controlled,
the computer controls everything.

You can’t do the same as old days.
Harley Davidson, a giant bike manufacturer in the world,
is also famous for having attempted to register the distinctive sound as a trademark.

. On February 1, 1994,
the company filed its application with the following description:

“The mark consists of the exhaust sound of applicant’s motorcycles,
produced by V-twin, common crankpin motorcycle engines when the goods are in use.”

Nine of Harley-Davidson’s competitors filed oppositions against the application,
arguing that cruiser-style motorcycles of various brands
use the same crankpin V-twin engine which produces the same sound.

After six years of litigation,
with no end in sight, in early 2000, Harley-Davidson withdrew their application.

But whoever listens to that sound will image Harley, doesn’t he?

As you know,
an engine operates on the four stroke cycle,
that is, intake → compression → explosion → exhaust.

In other words,
the engine sucks in the air for using the oxygen in it,
compresses it, adds it to fuel and fire it.
When it explodes, the piston moves up and down
to transfer energy to the tire and put the gas out.

In the cycle, the distinctive beat feeling and sound are born.

The prosperity of the automobile society of the 20th century
has provided people dreams and hopes.

However, global warming due to exhaust gas has become a big social issue.

The conventional carburetor was inefficient,
but after replacement to the injection system,
since ECM can properly control the combustion efficiency and all others.

It has realized not only eco-friendly combustion
but also the improvement of fuel efficiency, and powerful combustion.

ECM controls the rpm of the engine,
the throttle opening degree, the temperature,
the amount of fuel to be injected into each cylinder,
and ignition timing, issuing instructions to each part.

Since 2007, ECM has been adopted in all models of Harley Davidson.

The “potato” sound was the sound that
Harley wanted to monopolize as its own symbol,
but it had been provided because of not being electronically controlled.

Electronic control removes the “potato” sound.
We want to ride a modern Harley which has less breakdowns,
but we also want to enjoy the distinctive Harley sound the old models have provided,,,

So, how can we reproduce the old Harley in modern Harley?

Actually, there is a way to electronically control by the electronic control.

2. How to reproduce the old Harley sound?

ECM(Electric Control Module) controls the rpm of the engine,
the throttle opening degree, the temperature,
the amount of fuel to be injected into each cylinder, ignition timing, and all others.

We can control the ECM itself.
There I recommend you the use of a “injection tuner.”

With this machine,
you can adjust the injection very easily.

※Injection is a device that injects liquid fuel into the intake air in a mist
form in a premixed combustion engine such as a gasoline engine.

Since the fuel injection device injects fuel applying pressure on it,
compared to a carburetor that atomizes fuel with a negative pressure generated in the venturi tube,
it is easier to control atomization without being influenced
by environmental conditions such as temperature, humidity,
and atmospheric pressure.

And then it doesn’t have intake resistance caused by the venturi tube,
so the pumping loss of the engine can be reduced.

In other words, with the injection tuner,
we can adjust idling speed, gasoline injection amount and ignition timing.

In other words, it features the enjoyment of the digital setting,
which was analog in the age of carburetor motorcycles.

As for injection tuner, many products are distributed.
This time I will introduce two types of tuner system.

It is a system that incorporates
a sub computer based on normal data.

It can do small rewrites, such as change of exhaust system,
fine adjustment of data, etc.

The price is roughly half that of a full computer.

You remove the normal ECM and install a full computer.
It costs more than sub computer,
and the greatest feature of it that you can rewrite data freely.

Some devices can be set by touch panel operation

Among them, “Power vision” from Las Vegas, US is famous.

You may be able to enjoy the flavor of Harley more.

3．Important notes when you reduce the rpm.

Now your Harley is ready to provide the “potato” sound.
But it is your beloved bike, and also a Harley that you admire,
so you should like to extend the life of it.

Of course, as for the engine of an injection car,
the normal setting, which the manufacturer sets up gathering
all of its technologies, is the best.

Daring to slow the engine to less than 1000 rpm,
which is set by the manufacturer,
may cause the damages to the bike in some cases.

The full computer, Power vision, introduced above,
has a gauge of power generation amount and oil pressure.

Attention is required for these points, too.
But, it is a fact that the more you take care of it, the more you will cherish it, isn’t it?.

So, especially speaking to tuning,
I will recommend you finishing it to the flavor
that is right for you while consulting with the specialist.

Even modern Harley can reproduce the feelings
and emotions of the old one to some extent.

If you stick to the sound,
you will naturally replace the muffler and air cleaner.

Doing that, you will inevitably need tuning.
You might as well create the sound that can express you.

Harley has the real pleasure of enjoying custom expressing
yourself to the limit, while tuning.

Please find your own sound
and enjoy the more profound Harley life!

The Denim world that the Harley riders stick to